The water clarity this spring is incredible and the fishing is “on” the hook! The water seems to be back to normal on the Bighorn River and the trout are eating well. With the water being so clear it’s incredible to see all the different types of fish in the Bighorn River. Walleye, northern pike, crappie, small mouth bass, thousands of carp, and of course trout can be seen swimming around in the Bighorn River. The Pike and some of the walleye most likely migrated upstream from the Yellowstone and lower Bighorn River to spawn. However some of the Walleye, the bass, crappie and hundreds of the carp came over the dam in the high water last year and we are finally able to see them. A majority of the walleye and most of the Northern Pike will disappear back to the lower river as the season progresses, but it’s always fun to look over the side of the boat and unexpectedly catch a glimpse of a 2 ½ foot pike sitting still in the shallows.

Our extremely cold winter combined with a rare freeze over of the Yellowtail reservoir has cooled water temperature down to an astonishing 35 degrees. The carp being more of a warm water fish are coping with it by grouping up by the hundreds in shallow pockets of still water to sun themselves and hardly spook at all when you get near them. The hungry carp have also positioned themselves in the trout feeding lanes and are actively eating the same bug life the trout are! We were on the water all of last week and everyday at least one legitimately inside out mouth hooked carp was caught. You may be asking yourself, “why would I want to catch a carp when I could be catching trout?” Answer: It’s a Bighorn River freight train on a fly rod! Remember we're still outnumbering the carp with trout forty to one, but an unexpected carp on the line is an experience you wont forget.

We were fortunate enough to have FWP Biologist Mike Ruggles comment on a few questions about the larger trout in the Bighorn River last season. Hopefully this will clear things up a bit as to where they came from and if they are here to stay.

Q: Was 2017 truly an abnormal year for larger trout caught on the Bighorn River?

A: 2017 was an unusual year due to the duration of high flows and the amount of water that went through the spillway. The reservoir has held some really nice brown trout for many years. Their body condition is very high compared to trout in the Bighorn River with growth and condition supported by abundant emerald shiners in the reservoir. Many of the large brown trout from the reservoir spilled into the river and became part of that fishery. Other fish in addition to emerald shiners made the trip including catfish, walleye, smallmouth bass, carp, with even a lake trout reported which may have come from Buffalo Bill Reservoir or a rare lake trout from Bighorn Reservoir. Some larger brown trout may have moved from lower in the Bighorn River as well.

Q: Why do you think there were so many larger trout caught on the Bighorn in 2017? Have they always been there or are they spill overs from the lake?

A: Spill over larger brown trout from the reservoir matched up well with sizes we found in the river and reported by anglers. The color and body shape is a bit different between the reservoir and river fish too.

Q: When was the last time it was common to consistently catch larger trout on the Bighorn?

A: The drought in the 2000's produced some larger trout likely part of lower densities and poor recruitment resulting in larger, but fewer fish.

Q: Why do you think the average size is smaller these days?

A: I think average size is a moving target. When densities/numbers are high the biomass gets tied up in more small fish. Consistent high water may lead to less dense per cfs of water numbers that could lead to some larger fish. It is unlikely we will get several high enough water years to see that come to full fruition. When water availability drops the numbers of fish to cfs increases which relates to more competition and less growth. Several years of low water like the drought in the 2000's can lead to stable fisheries with some larger fish. Generally speaking the number of 15 to 18 inch browns stays very stable, abundance of those sizes restricts larger numbers of 18+ brown trout.

Q: Will the big spillover lake fish stay in the river and get bigger?

A: The larger browns will stay in the river, but energy required to live in the river is higher and abundance of emerald shiners is limited in the river (they will not reproduce in the upper river with most going down stream and into backwaters) They can find a fair number of suckers that might keep them in ok shape but I believe they will loose body condition. Most trout in the Bighorn die out by age 5. I suspect we will see these fish this year then most will be gone by next year. 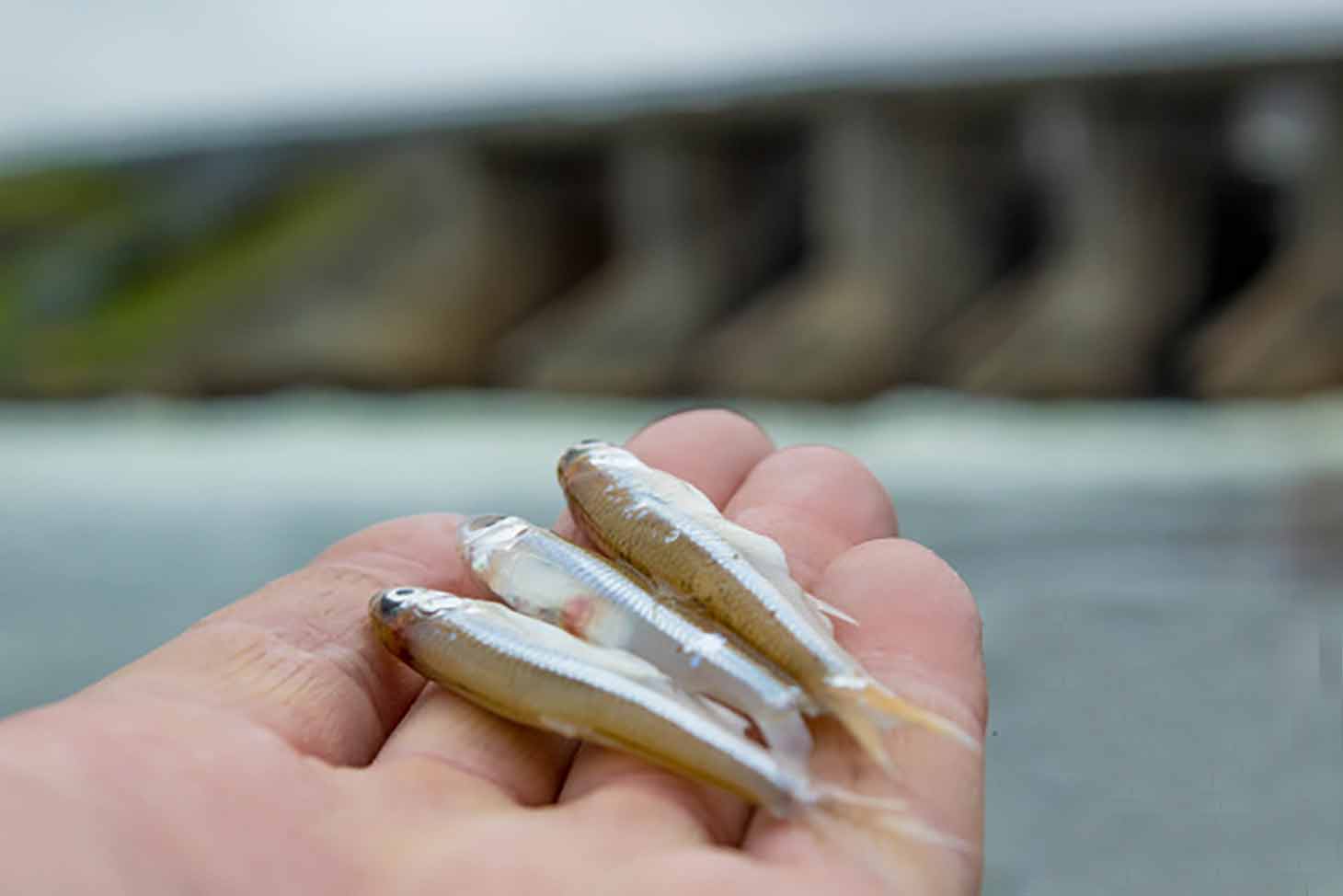 So there you have it, the facts. Now get out there and fish. The Bighorn River is on fire right now! The nymph fishing is incredible until about 1 o’clock when the trout move into the shallows and the riffles to catch the afternoon sun and gorge themselves on Midges both below and above the surface. In fact for such cold water the Trout are eating dry flies exceptionally well. Dig out the neoprene waders or where triple layers under the Gore-Tex ones and we’ll see you out there!