What Is a Scud?

Scuds are another name for freshwater shrimp. Scuds have a flattened segmented body, 14 pairs of legs, antennae, and a tail. There are more than 150 types of freshwater scuds in North America and the most common scuds in tail waters come from the family Gammaridae.

What Size Is a Scud?

Some can grow as large as an inch, but most are barely half that size. Scuds thrive in cool, well-oxygenated water with small amounts of calcium to grow their shells. This is why scuds thrive in tail waters like the Bighorn River that have this kind of water chemistry.

They live about a year and reproduce in the months of April through October, sometimes having multiple sets of offspring. Scuds can live in numbers up to 10,000 per square meter and when populations are high, trout will almost exclusively target scuds.

What Gives Scuds Their Orange Color?

Many people don’t know that scuds are light-averse, preferring starlight over sunlight a scud’s color is dependent on two things:

When a scud weakens and dies it turns an orange color. Scuds are typically strong fast swimmers that live in slow shallow water or are entangled in heavy moss. Basically places that trout don’t typically look for food.

The best time for a trout to target a scud is when it’s in the dying phase and turns orange. The weakened scud ends up in the current and inevitably in a hungry trout’s mouth.

For this guy, a big orange scud has been the bug of choice since October 2016 and in the years I’ve been on the Bighorn I’ve never had such great luck on the scud for such a long period of time. It’s thought that a healthy scud population is a sign of good water quality.

The Bighorn River boasts a trout population of 7000 per mile and with what appears to be a high scud population; the fabled monster trout of the past could make a comeback on the Bighorn River. 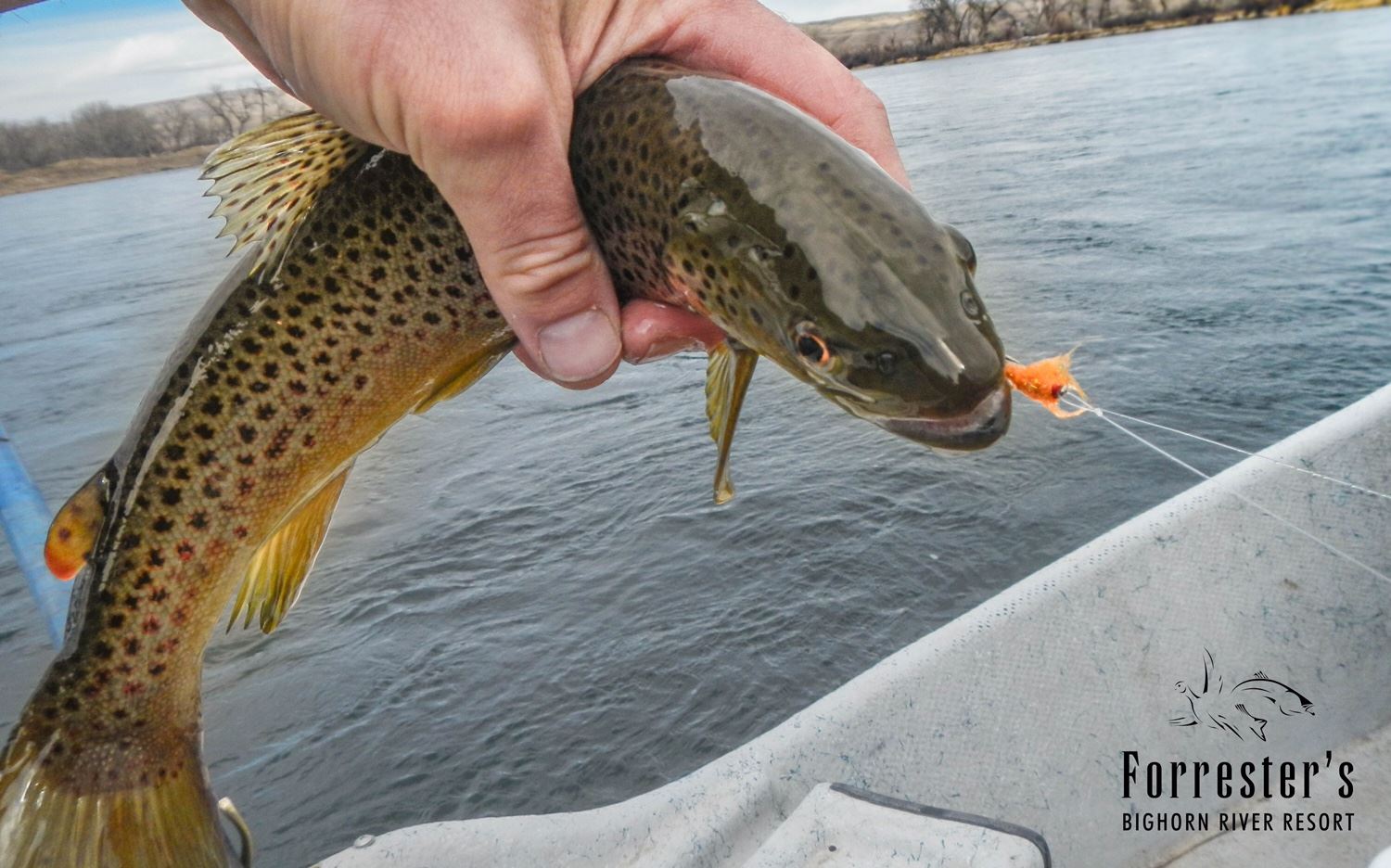